If you didn’t see my post on facebook or twitter, Dawn Vogel interviewed me for Mad Scientist Journal about my story Ludwig, which is forthcoming in the MSJ anthology I Didn’t Break The Lamp. I talk about felt presence, synaesthesia, and — of course! — imaginary friends.

Thanks to Dawn and Jeremy Zimmerman for letting me ramble on at length about some of my favourite topics.

As you may know, I have hypergraphia. As far as I can tell, I’ve always had it. I don’t remember a time when I wasn’t driven to write. I have never been diagnosed with any of the frequently associated conditions.

While I will write on anything, if there is no other option, the relief valve only really opens properly if I’m able to use a very specific combination of pen and paper. What that combination is has changed over the years. The earliest preference I can remember was for wide ruled A4, and some sort of 0.5mm fibre tip. Years later, my preference moved onto a specific weight of narrow-ruled feint and margin A4, and a Bic cristal grip biro. I still have a stash of thirty or so of these pens in a ziplock bag, and find them in random places around the house, even though my preference had changed before we moved here. For a number of years I was using these biros with a black, hardcover Moleskine, and then I obsessed over a Platinum Carbon pen along with the carbon black ink, or a Noodler’s Bulletproof, also in black. Eventually, Moleskin changed the paper they use, and I rekindled my love for different fountain pens and ink. So many inks! ALL THE INK. ALL OF IT.

I switched allegiance to Lechtturm maybe a couple of years ago, and since then have been filling out page after page of these wonderful notebooks using a variety of fountain pens and inks. I have a taste for sheen but also like a fine line, because I write small. It helps to have pen friends, with whom I can use Tomoe River Paper and broad nibs, and indulge my love of the sheen monster.

My most recent notebook (not to be confused with my commonplace, which is also a Lechtturm, but dotted; or my work notebook, which remains a Moleskine) is a ruled Lechtturm Medium with a delicious metallic copper cover, the first time I’ve used anything other than a black notebook. I carry it with me everywhere, along with about four or five other notebooks of varying purpose. It is a comfort blanket, and a retreat. If I feel that oncoming surge of being overwhelmed, I can dig it out, and just knowing it’s there can be enough to let me continue pretending to be typical. If it’s presence is not enough, then I can allow myself ten minutes to write, and that, along with isolating headphones and a sign on my chair that asks people to leave me alone unless it’s an emergency, usually does the trick.

It’s important, this book. It’s like having a therapist on speed dial. Often, when we’re driving to work, I’ll keep it in my hand instead of packing it in my bag. Like a comfort blanket.

Which brings me to this morning. I had an early meeting, and things to organise, and was on early Floof duty, so things were a bit hectic. We were about to sit down in the car to go, when I realised I’d forgotten my coffee. I dumped my stuff in the back seat, put my notebook on the roof, and dashed back into the house to grab it.

You can see where this is going, can’t you?

Yes, dear reader, I forgot it. We got about halfway to work when I realised. At this point I thought maybe it was in the car somewhere, maybe under the seat, or I’d left it in the kitchen; but I was still sitting on a big bubble of panic. Imagine leaving your wallet somewhere and not having the option of cancelling your cards, and all the money you had left for the rest of the month was in it with no way to get more. That kind of panic.

When I got home, I shoved Floof in the kitchen, didn’t even feed her (sorry Floof!) and went back out in the car to look for it. Having driven round the furthest I think we could have got without it already having dropped off, unsuccessfully, I returned home and fed the dog. Then I went back out on the bike. It’s slower and has the advantage of height.

I found my notebook. It was in the long grass, about a mile from our door.

A car has driven over it. More than one, probably. Maybe a tractor. I was lucky that we didn’t have any rain today; it has survived remarkably well, although I doubt I’ll be writing any more in this one. I’ll have to cut out the filled-in pages and tuck them in the pocket at the back of the replacement I ordered this morning before I even knew for sure if I’d lost this one.

Another Lechtturm, again in delicious copper. This one will not be permitted any free-range activities. They clearly have the same traffic sense as Floof. 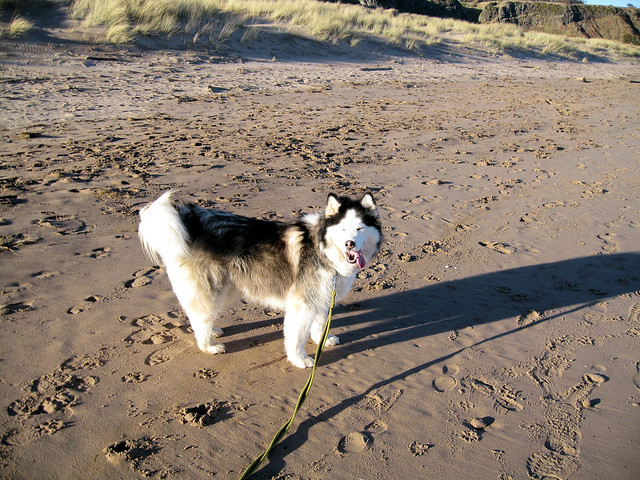 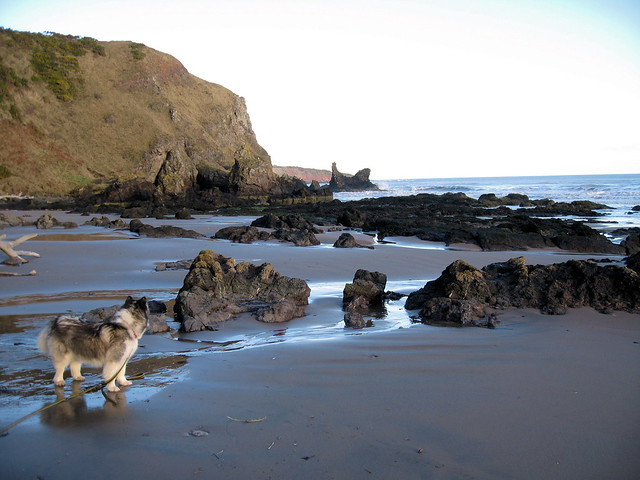